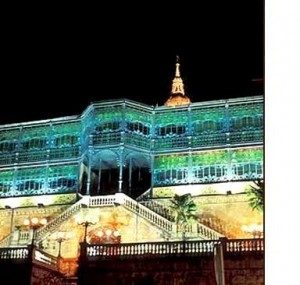 During one meeting chaired by the mayor of Salamanca, Carlos Manuel García Carbayo.

During the meeting, It has approved the activity report of the year 2018, their accounts, meeting the social goals of the Foundation and the reform of its statutes. This amendment reinforces the presence of civil society with the addition of three new prestigious employers from various professional fields.

Así, They will join the board of the Foundation Manuel Ramos Andrade Maria Luisa Rodriguez Marro, first woman judge of the Audiencia Provincial de Salamanca, Maria Paloma Sanchez and Marcos, first notaria of Salamanca, and Eduardo Alvarez Íscar, Dean of the Bar Association of Salamanca.

The incorporation of three new employers will be effective at the next meeting of the board of the Manuel Ramos Andrade Foundation, after acceptance of future employers. De este modo, the Board of the Foundation shall have a total of twelve members and greater representation of women professionals, as well as increased presence of civil society in composition.

A little history, about who is Manuel Ramos Andrade and emerged as its foundation:

In 1990 Ramos Andrade decides to donate his important collection of Art Nouveau and Art Deco to the community of Salamanca. For it constitutes the foundation that bears his name. The Board is formed, among others, by the Rector of the University and the Mayor of Navasfrías. Salamanca City Council grants the use of a beautiful modernist palace to the Foundation and the Art Nouveau and Art Deco Museum Salamanca is created with funding from the Foundation.

Revenue generated by the exploitation of this museum is devoted to scholarships, aid to the elderly and to maintain Museum. As Ramos Andrade said: "My idea is to help my people not to disappear; to the kids, because they are the future, and the old, which they are like an open book of wisdom ".

Ramos Andrade highlighted in the professional field as an innovative entrepreneur who entered the Spanish market mechanisms antiques modernity that already existed in Europe. With the creation of the Center of Antiquaries advocates specialization and rigor in the selection of the pieces. The tireless work of all these years has earned him the respect of fellow guild, who they have not hesitated to use it for expertizar fairs and act as arbiter in some disputes.

Did you know… our people have a place in his honor? https://www.navasfrias.net/plaza-manuel-ramos-andrade/