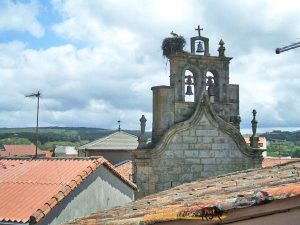 Nuesto village was the first of The Rebollar en festejar a San Juan comenzando las celebraciones en la tarde del viernes con actividades pensadas para los más pequeños, as a closure bogies or an inflatable. The first major event of the celebrations was the San Juan pregón, which this year was given by the poet Tomas Acosta Píriz, who already gave it almost 30 años, in 1990, as he recalled the beginning of his speech, which it focused on "self-generated and inherited culture, it is doomed to oblivion unless we make a great effort to continue to collect on speech, about the history, on the customs ".

After mentioning that "none of this happened without the bells with a special touch they are heard announcing the danger", He had a few words for bullfighting, "But increasingly it has more detractors". Thomas Acosta called it "a genuine party", also pointing out that "we are Iberian peninsula dwellers legendarily known as bull skin".

The next leg of the opening speech was devoted to the symbolism of the Noche de San Juan, that "smacks of ancient times water rites, the sun and fire ", Navasfrías telling a legend about the event.

To close, Thomas Acosta said that "we can not miss the past to return to the past, but we must not lose point out identity ", and he released alive "our time", San Juan and Navasfrías.

After their intervention, He proceeded to throw confetti and balloons to flood Navasfrías festive spirit. Friday evening was musically animated by a discomóvil.

El sábado, the first of the bulls was held riding the holidays, that passed through the meadow La Herradura from 12.00 hours. In the afternoon, a las 18.00 hours, an amateur bullfight held heifer traditional style enlivened by the Charanga Los Despistaos, closing the day with verbena Max Music Show + Tribute.